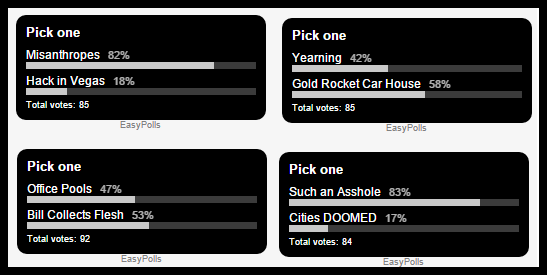 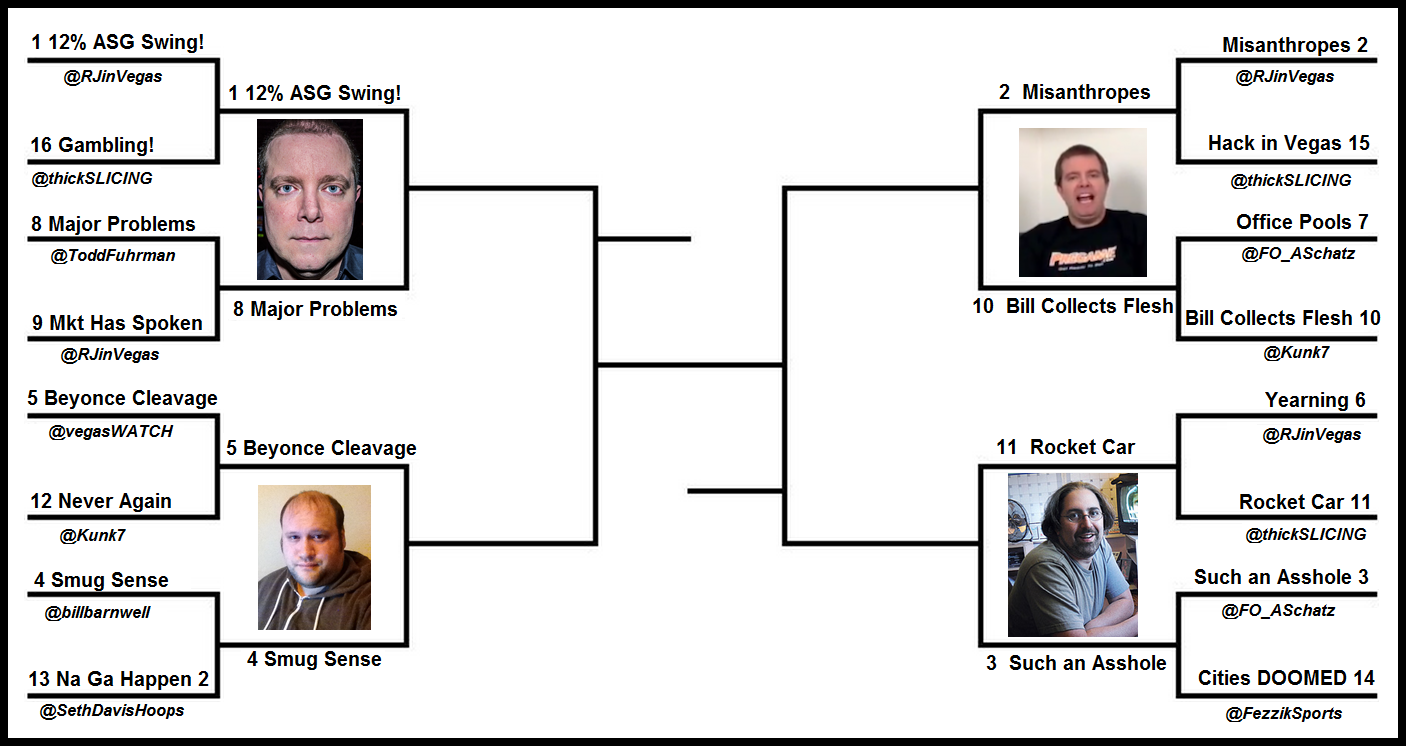 What follows is likely the greatest collection of tweats ever embedded in a single bolg post.

Thoughts/context: The presumed champ, but it's time to earn the official title.

@thickslicing @LVSuperBook take all the personal shots you want but keep up the anti-semitic antics and there will be major problems
— Todd Fuhrman (@ToddFuhrman) December 1, 2013

Thoughts/context: Got a nearly impossible draw, but could be favored in the national semis if it does the seemingly impossible here.


I'm honestly not sure how my life has reached this point, but here we are. http://t.co/5iDhCzrG #beyonce #cleavage #props
— Jacob W. Schaller (@vegasWATCH) February 4, 2013

Thoughts/context: Barely survived its first round matchup with a clearly inferior tweat, idk.

Thoughts/context: Seems like this pod was a bit light tbqh, fucking selection committee.


@AndyGlockner If you value the truth, Andy, please rethink your assumptions. You are being mislead by misanthropes with an agenda.
— RJ Bell (@RJinVegas) December 2, 2013

Thoughts/context: Dominated against another @thickSLICING sacrificial lamb in R1. Expect it to advance here but who knows, maybe @Knuk7 will steal this too.


If you give out game projections that vary wildly from prevailing betting lines, you should live in a gold house w/ rocket car or shut up.
— thickSLICING (@thickSLICING) October 10, 2013

Thoughts/context: Not sure who this was directed at?


@vegaswatch I'm looking into the errors. Danny is human and makes mistakes, but you don't have to be such an asshole about it.
— Aaron Schatz (@FO_ASchatz) December 20, 2013